People or businesses that consistently provided high-quality products or services to Her Majesty the Queen, and select other high-ranking royals, were recognized with a Royal Warrant of Appointment. This recognition lends a certain level of consumer confidence and cachè to each brand that holds it and it’s been estimated that the distinction carries an average of a significant revenue increase. Grantees cover a broad spectrum of commerce and industry, from independent artisans to large multinational corporations, including dry cleaners, fishmongers, agricultural machinery, and computer software. The corporation in question need not be situated in the UK or owned by British citizens. The Royal Households do not receive any free goods or services from warrant-holding companies; rather, all dealings are conducted exclusively on a commercial basis. A warrant is automatically reviewed and subject to cancellation if the grantee passes away.

Since more than 600 Royal Warrants expired with Queen Elizabeth II, hundreds of businesses will need to reapply to use the royal insignia on their products. The lion of England and the unicorn of Scotland are represented in the royal coat of arms, which also includes the lines "by appointment to Her Majesty the Queen" and a shield divided into four halves. Among the affected brands include powerhouses like Bentley, Jaguar Land Rover, Barbour, Burberry, Boots, Clarins, Molton Brown, and Hunter have two years to phase out the display of the royal coat of arms on their packaging should they not reapply or be awarded a new Royal Warrant. 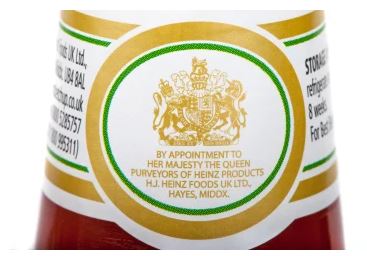 For more than 70 years, the iconic ketchup bottle and other Heinz goods have included the Queen's coat of arms on their packaging. This is due to the 1951 royal warrant that Heinz received. Speaking on behalf of Heinz, a spokesperson said: "Since 1951, it has been our greatest honor to provide The Royal Households with Heinz goods, and we genuinely hope to be able to do so for many years to come." 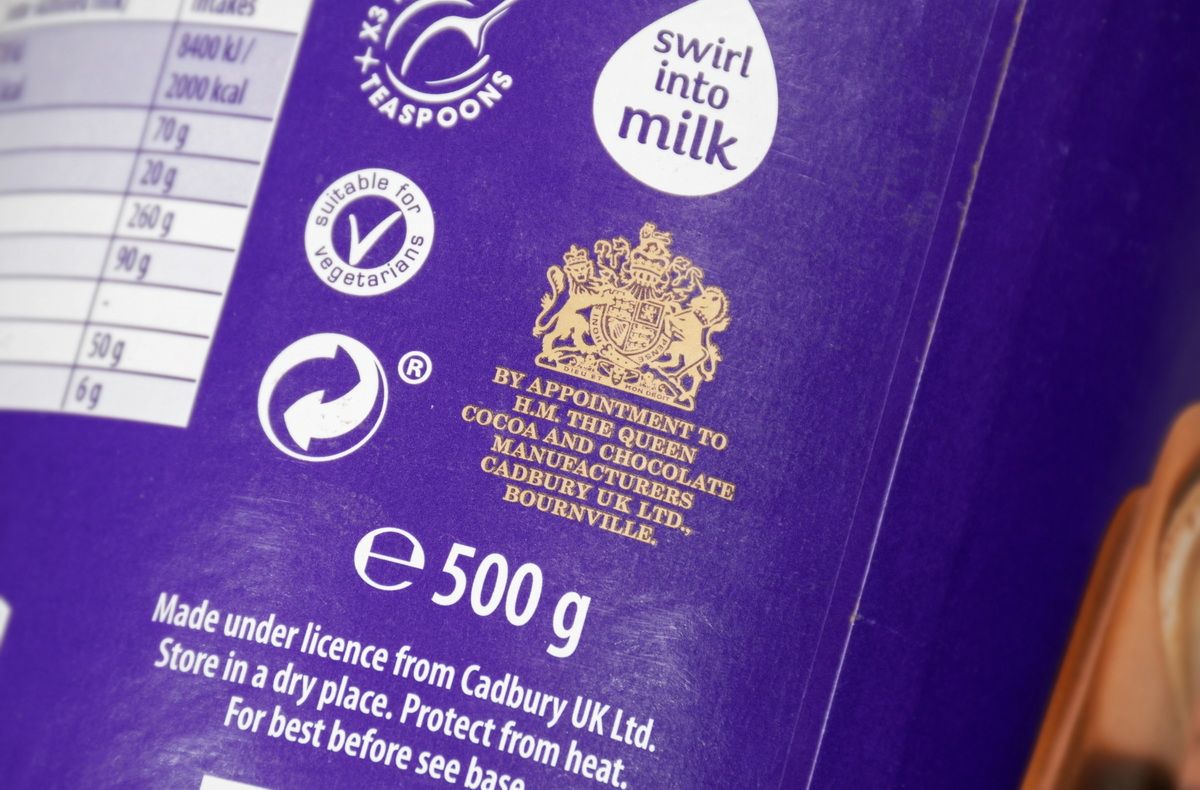 In 1854, Cadbury received its first Royal Warrant. Since 1955, it has held a Royal Warrant from Her Majesty The Queen. Regular mugs of cocoa are thought to have been a favorite of hers, and it's been reported that the manufacturer makes a special batch of dark chocolate just for the royal family every Christmas. In the instance of Cadbury, the majority of its products sold in the UK featured the insignia on the back.

What does an invalidated warrant therefore indicate for grantees? According to The Grocer, 100 food and beverage enterprises, including both local firms and multinational multinationals like Coca-Cola and Heinz, currently receive Royal Warrants from Queen Elizabeth. These enterprises now have two years to stop using the Coat of Arms, but they, along with the 34 businesses that still have Prince Philip's warrants (according to the Royal Warrant Holders Association), will be able to request a fresh warrant from King Charles.

The process of requesting new warrants is not unusual. According to The Grocer, warrants are only good for five years before the business must ask for a renewal. This procedure requires demonstrating that the company met specified environmental and sustainability requirements for at least five of the previous seven years and that they frequently supplied the Royal Family. Approximately 30 new Royal Warrants are typically granted each year, although a similar number are not renewed; in this case, they are given the same two years to change their marketing.

There is one exception to the reapplication regulation, notwithstanding the fact that some organizations will undoubtedly find this process to be bureaucratically burdensome. The Cotswold Journal reports that warrants issued by King Charles while he was the Prince of Wales are still in effect. As a result, businesses that were granted warrants by the now-King will not have those warrants revoked.

Vote on our LinkedIn poll about how much you think the Royal Warrant affects product revenue. Follow us on LinkedIn for more.